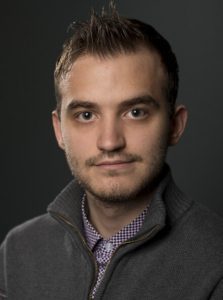 Donald Bistri of Tirana, Albania is a mechanical engineering major who has been a student research assistant for two years in the Advanced Structures and Composites Center (ASCC). At UMaine, his honors included the Alton S. and Adelaide B. Hamm College of Engineering Scholarship. At ASCC, Bistri’s research focused on the structure of a hypersonic inflatable aerodynamic decelerator (HIAD) technology developed by NASA to enable spaceships to carry astronauts and heavy loads to explore Mars. He also was a research assistant in the Alfond W2 Ocean Engineering Lab. His capstone project involves the modeling and fabrication of a lightweight autonomous land drone to address the need for a cost-effective, safe method for patrolling borders. When not in the research lab or in class, Bistri is on the field as part of the Friday Night Soccer Club. He has been a mathematics tutor, and a grading assistant in the departments of mechanical engineering and mathematics and statistics. Bistri has been awarded a full scholarship to pursue a master’s degree in aerospace engineering at Georgia Institute of Technology.

Joshua Patnaude, Outstanding Graduating Student in the College of Engineering 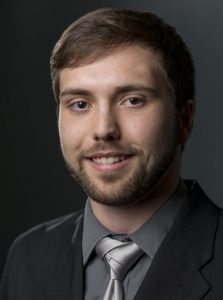 Joshua Patnaude of Sanford, Maine is the 2017 salutatorian. He is a double major in computer engineering and electrical engineering. Patnaude is a first-generation college student and a 2013 Mitchell Scholar with numerous honors for academic achievement, including a Maine Space Grant Award. He has held internships every summer of his academic career, working at Great Works Foundation Inc., in Sanford; Pratt & Whitney in North Berwick; Portsmouth Naval Shipyard in Kittery; and Modern Grid Partners in Portland. During the academic year, Patnaude has been an undergraduate teaching assistant in UMaine’s Department of Electrical and Computer Engineering. He also served as a peer tutor. For two years, Patnaude served as president of the UMaine Black Bear Robotics Club and since 2014, has helped promote interest in engineering and science by volunteering more than 500 hours at high school VEX robotics competitions. Patnaude is an Eagle Scout and holds a black belt in karate. Patnaude plans to pursue a career in electrical and computer engineering. He eventually wants to become a licensed professional engineer and pursue an MBA.