The University of Maine’s engineering alumni have played key roles in designing and building America’s infrastructure, ranging from the Hoover Dam and the Colorado Aqueduct to the software that makes cellular phone technology possible.  Maine engineers are inventors responsible for technological advances that shape our daily lives – how we communicate, work, raise our children, build and heat our homes, entertain our neighbors, and travel.

The men and women of Maine Engineering have created and led companies of all sizes, with a client base that extends around the globe.

The engineering profession has a dramatic impact on the quality of life which we enjoy. Engineers have the capability to improve the human condition worldwide.  From addressing the causes and consequences of global climate change, to the creation of alternative biofuels, UMaine research innovations and engineering applications will continue to shape the way we live. – Richard Fox ‘68, President, CDM International, Inc.

A look back at our history shows over 150 years of engineering excellence. 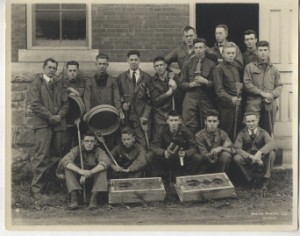 The University of Maine was established as the Maine College of Agriculture and the Mechanic Arts under the provisions of the Morrill Act, approved by President Abraham Lincoln in 1862. In 1897 the original name changed to the University of Maine. The institution opened Sept. 21, 1868 with 13 students admitted that fall.

By 1871, curricula had been organized in Agriculture, Civil Engineering, Mechanical Engineering, and electives. From these courses of study there gradually developed the Colleges of Life Sciences and Agriculture (later to include the School of Forest Resources and the School of Human Development), Engineering and Science, and Arts and Sciences. The School of Education was established in 1930 and received college status in 1958. The School of Business Administration was formed in 1958 and was granted college status in 1965. Women have been admitted into all curricula since 1872.

The Maine Agricultural and Forest Experiment Station was founded as a division of the University in 1887. In 1912 the Maine Cooperative Extension, which offers field educational programs for both adults and youths, was initiated. The first master’s degree was conferred in 1881; the first doctor’s degree in 1960. Since 1923 there has been a separate graduate school. The Summer Session as a separate entity dates from 1902. The Winter Session began in the 1997-98 academic year. A Continuing Education Division offers evening and Saturday courses from the several curricula. Non-credit courses of general adult interest are also made available from the University of Maine.